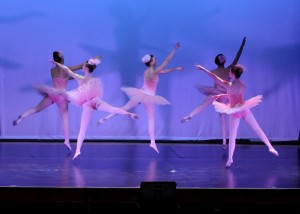 The school was started by Margaret Giles over seventy years ago. The early classes were held in Aldington near Ashford and when she moved to Chilham, Miss Giles added classes in Canterbury, Ashford, Faversham and Wye. Miss Giles retired in 1977, aged 70. At that point Cilla Blundy took over running the school until her own retirement in 2008. The school is now run by Liz Moriarty, who joined in 1996. The founder, Miss Giles, died in 2001 aged 94.

Cilla and Liz are Trustees of the Gordon Edwards Charitable Trust which gives bursaries to promising young dancers from vocational schools, including the Royal Ballet School, for students aged 16 and over. On the death of Miss Giles, Cilla Blundy became Principal Trustee.  In the past the school has benefitted from the Cilla Blundy Award allowing selected dedicated students the opportunity to visit the theatre.